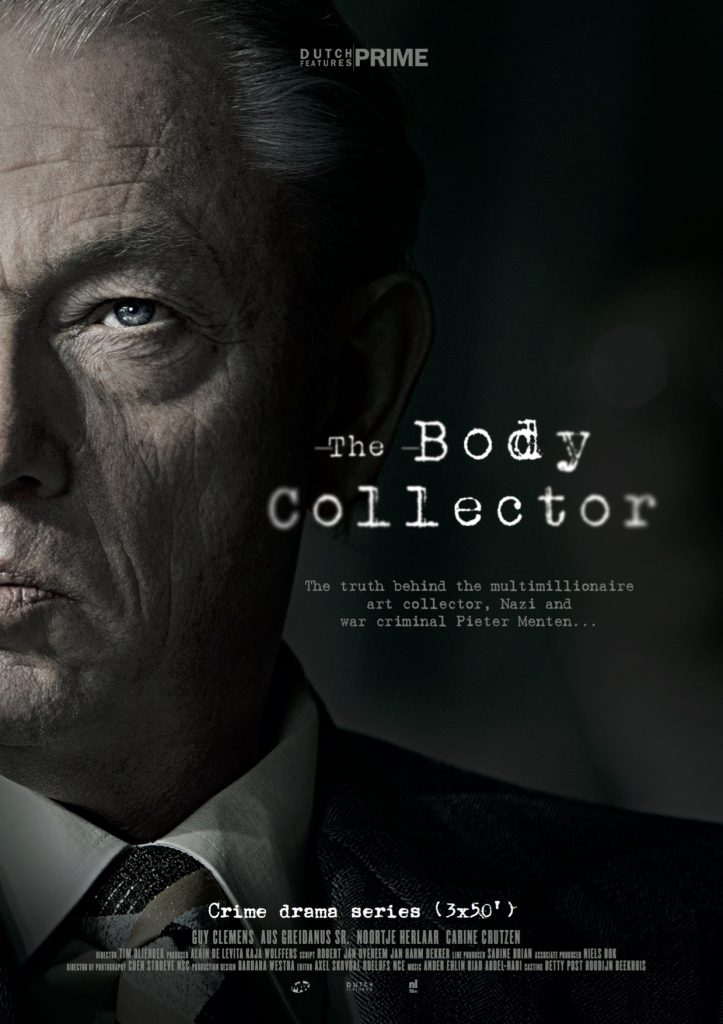 Based on the real story of a successful journalist who attempts to find the truth behind millionaire art collector Peter Menten who hides his past as nazi and war criminal responsible for the execution of jewish families in Poland.

In THE BODY COLLECTOR we follow investigative journalist Hans Knoop, editor in chief of newspaper ‘De Telegraaf’. Knoop slowly becomes personally involved in the hunt for the untouchable ex Nazi and war criminal, Pieter Menten. Menten lives a lavish life in a villa close to Amsterdam, when he decides to auction off part of his famous art collection. When he announces this in a national newspaper the news is picked up by Chaviv Kanaan, a journalist from Israel. Kanaan accuses Menten of the execution of many Jews, including several family members of his, in the Polish villages Podhorodce and Uricz. Kanaan gets in contact with Hans Knoop and informs him that Menten, in 1943, shipped three train carriages, filled with stolen art, to the Netherlands, which became his own collection. From that moment the hunt for the truth in the ‘Menten’ files is born. Knoop persists in pursuing the truth about the ex Nazi’s dark past, but Menten refuses to go down quietly… and puts up a fight….