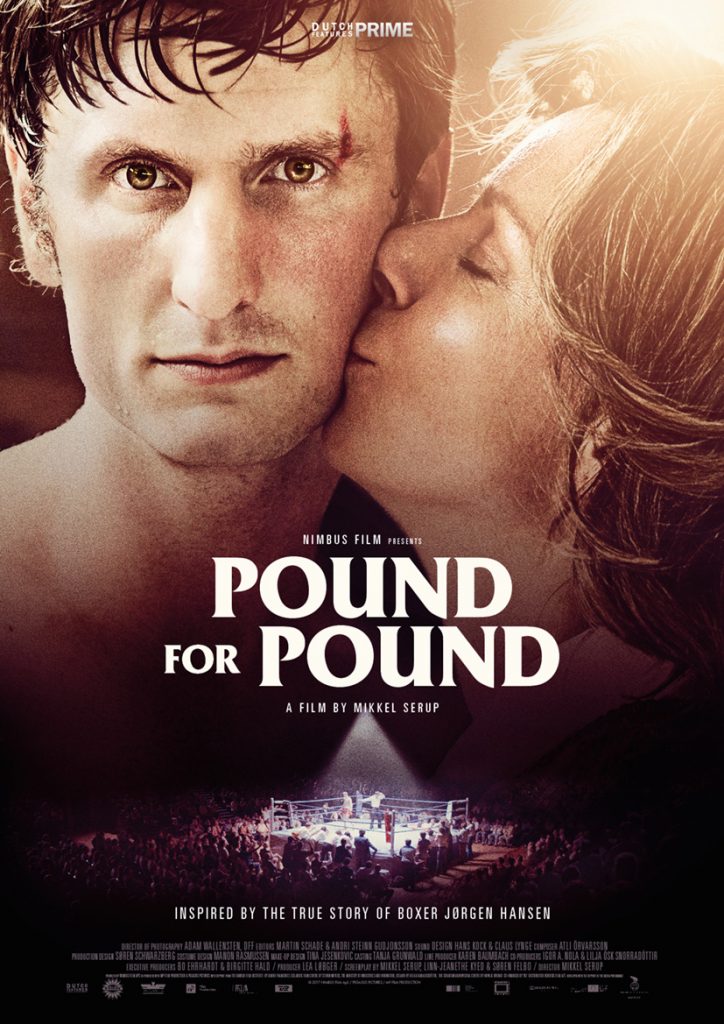 The true story of Jørgen Hansen, one of the greatest Danish boxers, nicknamed ”Old Hansen” for winning late in his career.

POUND FOR POUND is inspired by actual events and tells the story of one of the most sensational wins in Danish sports history. Jørgen is 34 years old and the boxing industry has long stopped believing that he will ever live up to his full potential. Meanwhile, Hanne – Jørgen’s wife – does everything in her power to keep the bank away and the family afloat. The Hansen family needs success in the ring more than ever when the young African boxer, Ayub Kalule, shows up. The two boxers strike up a friendship and with the support of both Kalule and Hanne, Jørgen manages to fight his inner demons and become a living legend.